Aeromarine has a long history with Aviad which is Francesco Di Martino’s aircraft company founded in Italy. We built quite a few of his MG-12 Zigolo and developed an electric-powered version which worked very well and flew for nearly one hour.

This aircraft is a floater meaning the wing loading is so low that it will stay in the air on mild thermals. But it also means it is a very fair-weather aircraft. Cross winds were challenging but turn it into the wind and take off in a few feet. We had plenty of fun with the Zigolo and still offer plans and support, but sales were too low to justify keeping kits in stock. The long wing was just too cumbersome to store and transport and the ‘floater’ market just too small.

We believe in ultralights, and I have been flying them since 1980. They’ve come a long way. Even the stinkin’ 2-stroke engines have improved so much to be considered reasonably reliable now. So, along with Tech Pro Aviation, Aeromarine has introduced the Merlin Lite which sets a new standard for ultralights with a conventional aluminum airframe, a door, windows, EFIS, electric trim, hydraulic brakes, and huge flaps. This is a revolutionary ultralight aircraft and will find an upscale market. See Merlin Lite page.

Meanwhile, on a rock in the Mediterranean, Francesco has been quietly designing his version of the next-generation ultralight. He has named it the MG-21 Zigolo. Which sounds too much like the Mig-21and gigolo. So, I have chosen the working title of TrueLite for it. Now his design is basically finished and flying. And I am impressed! And I am not easily impressed! Here’s why:

This data takes in consideration 70kg with Vittorazi Cosmos 300 180kg 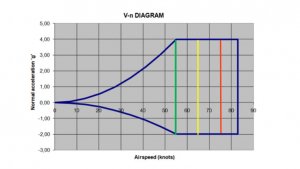