Well not really, I was in Prague Sunday morning and playing hockey in Tampa Sunday evening. Had to plan that flight carefully. Not like the flight to Prague. I was all prepared with a negative test plus positive for anti-bodies inside the 72 hour window the Czechs mandated. But I was not allowed to board the aircraft in Tampa because of my 45 minutes layover in Frankfurt and their specs are 48 hours. My test was a day too old and the Tampa airport testing site closed 20 minutes before I got there. Entire trip cancelled. Rebooked for later in the day after chasing to a quick off-airport test then routing through Amsterdam.

Finally arrived to Prague with my “OFFICIAL” letter from my dentist requiring an urgent cleaning. Then off to Olomouc to visit Tech Pro and inspect the next container of aircraft already nearly ready to ship. 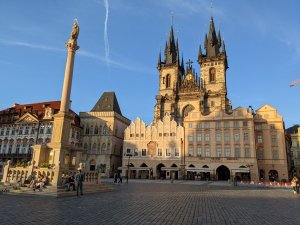 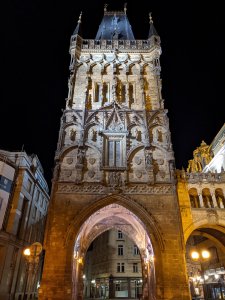 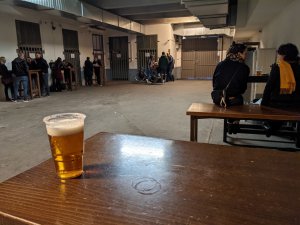 The Czech Republic partially opened up in December and everyone went to the pub then to grandmother’s house for Christmas carp. The result was the virus when viral with 10x greater infection rate than the rest of the EU. I was there in January and the lockdown had just started. This May trip was even tighter locked down. Need to know where you can buy a beer through a window and drink it in an empty garage. Modern Speakeasy. Note the lack of tourists. The hotel I stayed in had not seen a USA passport in a year.

On to airplane business:

The Vtwin installation to the Merlin is moving ahead on track and should be done and ready for flights in a month. 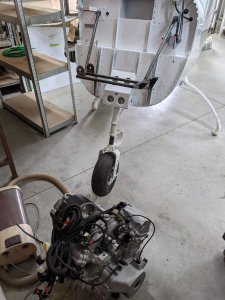 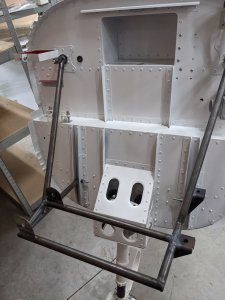 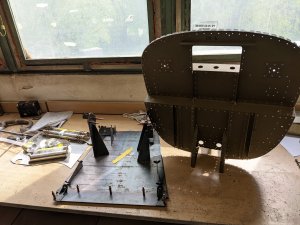 We have pulled a finished Merlin from the supply chain to make this installation. The exhaust is being fabricated now. Fuel system is pretty much done. Cooling is a Rotax 912-sized radiator. All getting mounted up then the cowl mold will be cut.

Merlins: Container #2 for 2021 is just about ready. Some final installations and it will ship in about a week. 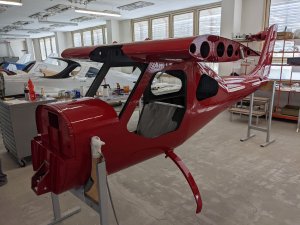 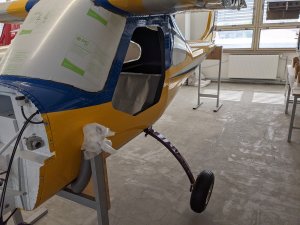 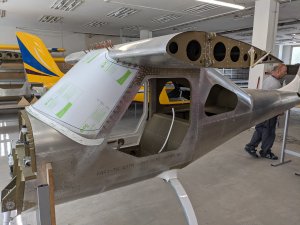 Some samples from the next container of quick-build kits.

Merlin Lite: The Merlin Lite design changed so much from the prototype that it is nearly a new aircraft. Tricycle gear, longer wing, all push-rod controls, more leg room. Now parts are being fabricated. It is a huge push to finish the first Merlin by about the 15th of June to ship in time for the Oshkosh show. But we are going to try. The paint can dry in the container. 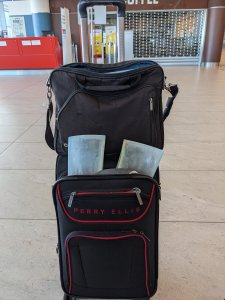 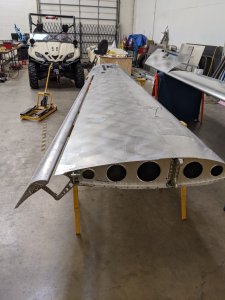 Not much to show but I did manage to bring the new long wing wing tips with me carry-on. 2 of the new Polini 303DS engines are in transit to Tech Pro.

Next week I will go to Dayton to complete some tests in our lab then crate and ship to Florida for the flight testing finally!

4 Covid tests in 10 days plus positive for anti-bodies. I think I am safe. For now.

Container #1 Arrived! And other dribble