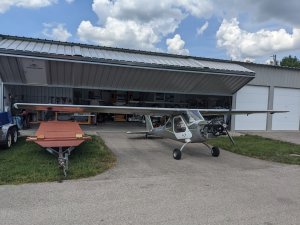 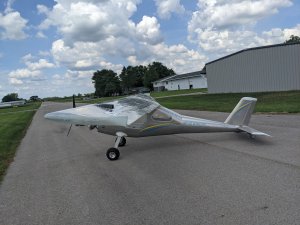 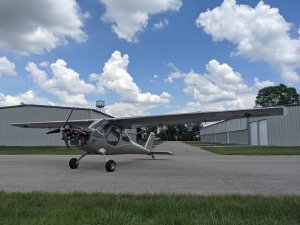 This is one beautiful wing. 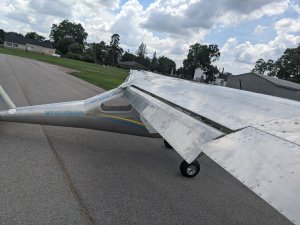 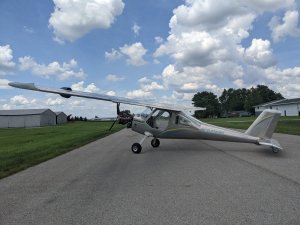 Huge 3-hinge slotted flap. This flap is longer than the Merlin wing! No problem to meet the Part 103 minimum speed. 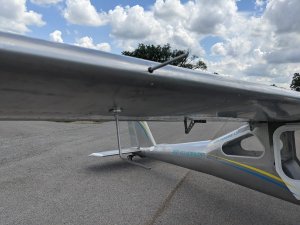 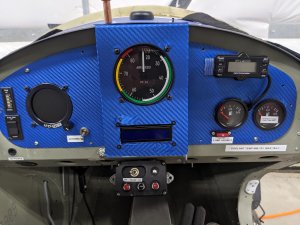 Note the two pitot tubes. Top one is for the EFIS. Bottom one is angled down to be more accurate at high angles of attack and is plumbed to the more sensitive analog ASI. Panel photo shows temporary mounting of the analog ASI for the flight test program.

Clarifications for my other reader:

I will post videos of the flight tests but it will be a while before I will have time to edit all the footage and make a proper video. I suppose I could post some stills to show it does fly. Watch this space.