I am halfway over the pond as I write this. Which happens to be a lot farther than the Sun n Fun shipment of aircraft will be in 2 weeks as planned. So, we will NOT have 3 Merlin kits and the new Merlin Lite and the 750 floats at the SNF show. The freight industry failed us. An entire container ship was cancelled. How does that happen?

The truth is we really had to push to meet this term. Floats were done. The 4-color Merlin would be out of the paint shop and drying as we packed. Two other Merlins still had short a list of items to finish. And the Merlin Lite would have been painted but I doubt we would have completed the panel and engine and cowl installation on time, and I do not want to show unfinished work.

So, we now work on Plan B and in retrospect, it is a fine plan.

So, we won’t be packed with Merlins but I think we will be displaying more advances in aviation and work-in-progress than just about anyone at the show. Still coming? 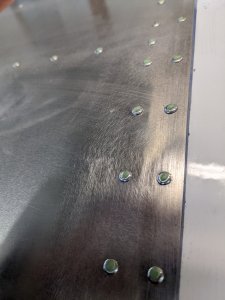 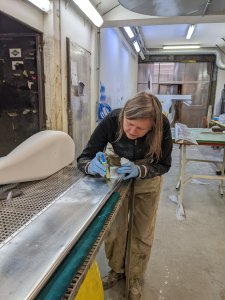 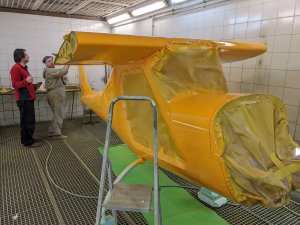 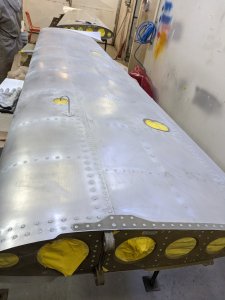 A quick note on painting Merlins: We fill in every rivet head. Not that it is necessary, but it does make the aircraft look entirely solid-riveted.

This 4-color Merlin in the paint shop for final colors when I left. Should be done by now but won’t be on display at SNF. Sigh. 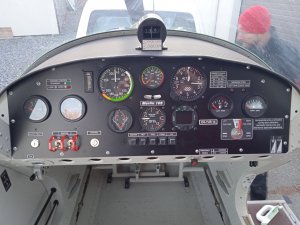 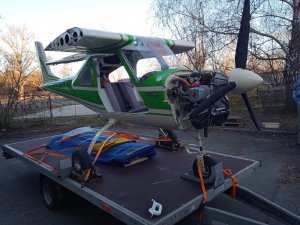 Here is a brand-new Merlin with a new HKS installed. We are going to fly it for a few weeks then it is available for sale. We can upgrade the panel to our deluxe EFIS or at least imperial gauges. Anyone interested? 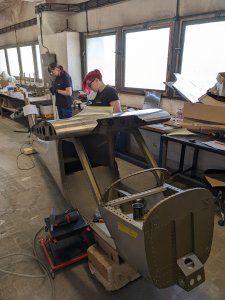 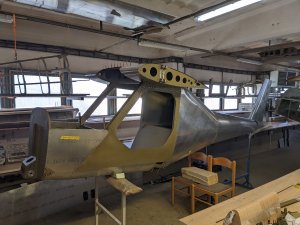 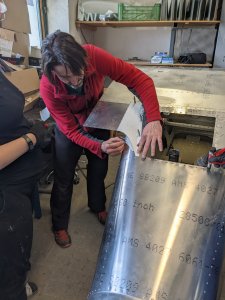 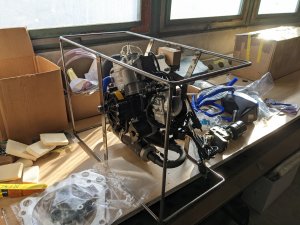 Here are the two Merlin Lite tricycle gear aircraft in final assembly. Both will be painted. Both will have the Polini 303DS installed. One will ship in March to USA and the 2nd will be first test flown with the Polini then swapped out for electric power and test flown again. That is actually a much better plan than rushing to ship an unfinished Merlin Lite to SNF. And then miss the show anyway when the container gets stuck in customs in case I did not pack enough beer for the customs agent.

All Merlin Lites will be easy to swap out the gear for the float brackets. This is designed from the beginning. 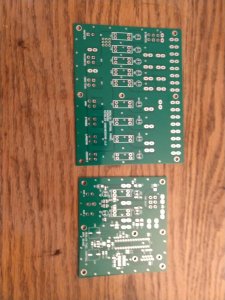 Here is some really big news for those waiting on their deluxe panels. The first batch of 25 custom printed circuit boards has arrived. These are made for us in China very quickly and sent air express. Now we are populating the boards with the components. Won’t be long now. We will have finished panels for customers and on display at SNF. In related news the 10 month back-log on transponders apparently was exaggerated. I have them in stock now and more coming.

For those still reading here is some dribble: I needed a 2nd suitcase to take the electric motor to the Czech Republic for the Merlin Lite. This turned out to be an ideal place for my dirty laundry after I delivered the motor to TPA. In my infinite wisdom I thought I would take some touch up paint back to USA with me. Turned out I needed 3 small cans. Paint, activator, thinner. When I returned to my hotel room later i thought they must have been doing some painting. Didn’t take this genius long to figure out those volatile paints were escaping the cans. So good luck with TSA on that too. The paint went into the outdoor trash bins, and I hope the hotel didn’t figure out why the room stunk. I think I aired it out enough. But now I have plenty of space for other contraband. In goes a dozen cans of fine Czech beer. 10 of them survived the trip. 2 cans cracked open. Now I created a WMD with dirty laundry coated in paint thinner and soaked in warm beer. Yet it still cleared TSA. LOL

I was on a mission to find a pub that served Radegast on tap in Prague. And it was a lot harder than I expected. But I did succeed finding the only pub that specialized in this fine Czech beer. 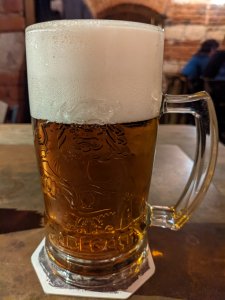 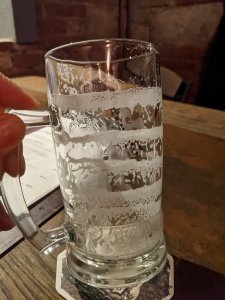 Now for more useless trivia. Proper beer has a nice full head. Here is an example. And note the foam lines indicating every sip. Took one thirsty guy five sips to polish this one off. Nice mugs too. They should be more careful counting the returned glasses…. There still happened to be room in my suitcase. 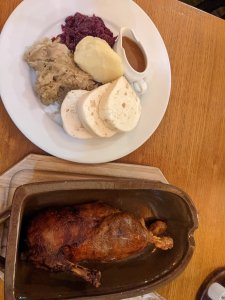 My favorite Czech meal: 2-colors of sour kraut, 2 kinds of dumplings, one half a crispy duck, and gravy. I won’t question their wisdom.

Now back in Florida and gonna play some ice hockey to work off all the beer and duck and jet-lag…..

Back to Dayton
Scroll to top